We spent one night in Pátzcuaro on our way to Zihuatanejo. Pátzcuaro is a beautiful "Pueblo Magico" town with much history. Danza de los Viejitos or Dance of the Little Old Men originated in this area. We were just there one evening, but enjoyed the beautiful plaza. We had visited Pátzcuaro for 3 days back in 2006, so we didn't feel that we needed to spend more time there on this trip.

The town was founded sometime in the 1320s, at first becoming the capital of the Tarascan state and later its ceremonial center. After the Spanish took over, Vasco de Quiroga worked to make Pátzcuaro the capital of the New Spain province of Michoacán, but after his death, the capital would be moved to nearby Valladolid (today Morelia). Pátzcuaro has retained its colonial and indigenous character since then, and it has been named one of the 111 "Pueblos Mágicos" by the government of Mexico. Pátzcuaro, and the lake region to which it belongs, is well known as a site for Day of the Dead celebrations.

There are several possibilities as to the meaning of "Pátzcuaro." The first is "phascuaro," which means "place dyed in black;" or "patatzecuaro," which means "place of foundations." Another possible meaning is "petatzimícuaro," "place of bullrushes." Other possible meanings are: " happy place;" and "seat of temples." Pátzcuaro received its coat of arms in 1553 from Charles V of Spain.

The town center is called the Plaza Vasco de Quiroga or the Plaza Grande. This plaza is large considering the size of the town. The Plaza Grande was dedicated to Vasco de Quiroga in 1964, when a fountain containing a bronze statue of the bishop was placed in the center. This sculpture was done by Costa Rican artist Francisco Zúñiga. The Plaza is surrounded by old, stately ash trees and colonial-era mansions.

We stayed at a beautiful little hotel called Casa Lavanda Hotel Boutique. It was Sunday evening and we were the only ones in the hotel, so the owner upgraded us from a regular room to a suite. The owners daughter designed the hotel and every detail was great.

It was about a 10 minute downhill walk to the main plaza. Of course if you go downhill then the return is uphill so that took a bit more time.

The "Viejitos" were dancing on one side of the plaza, but we didn't spend much time watching them since we had seen them recently in Morelia and we had more important things to do like seeing the other sites and eating dinner. 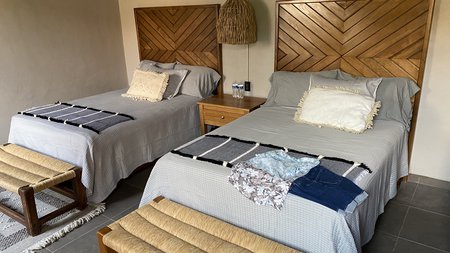 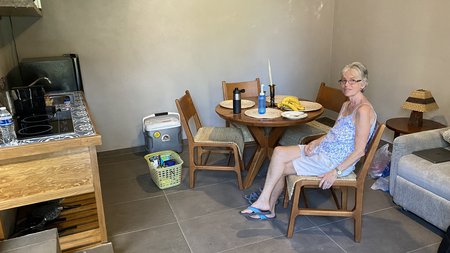 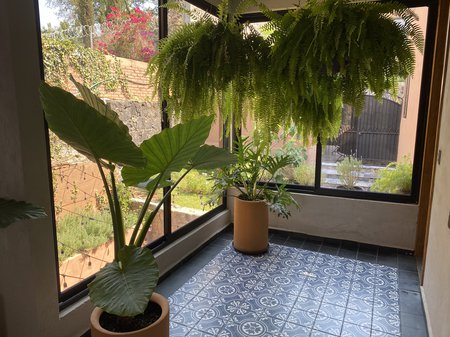 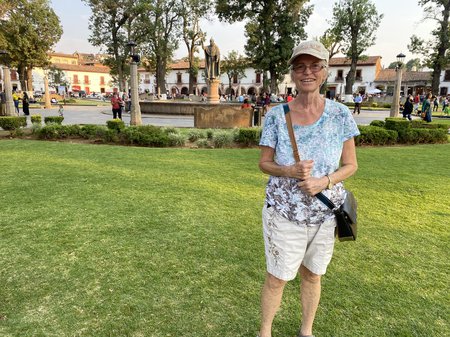 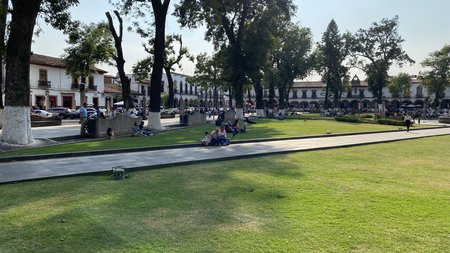 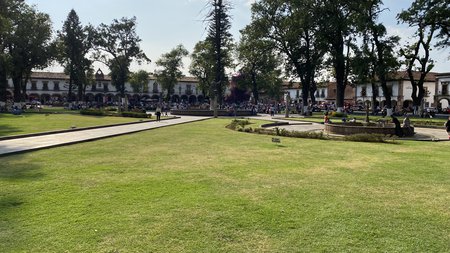 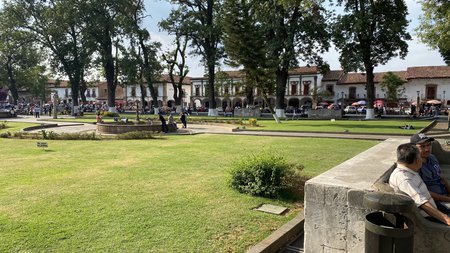 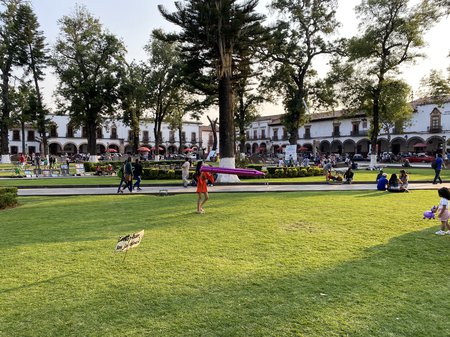 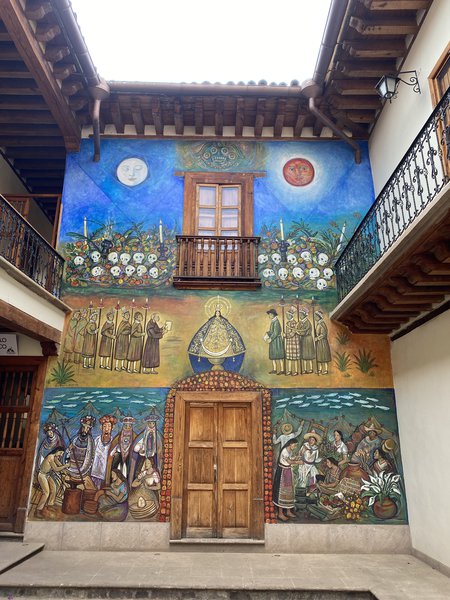 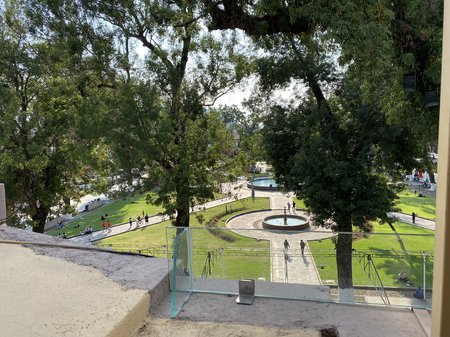 View of the plaza from the restaurant. 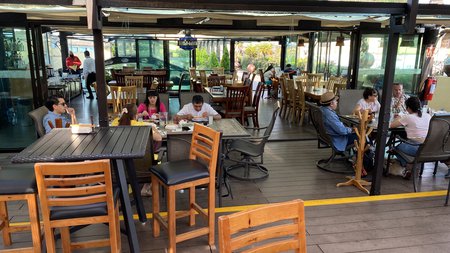 The restaurant we ate at was on the top of a hotel overlooking the plaza. 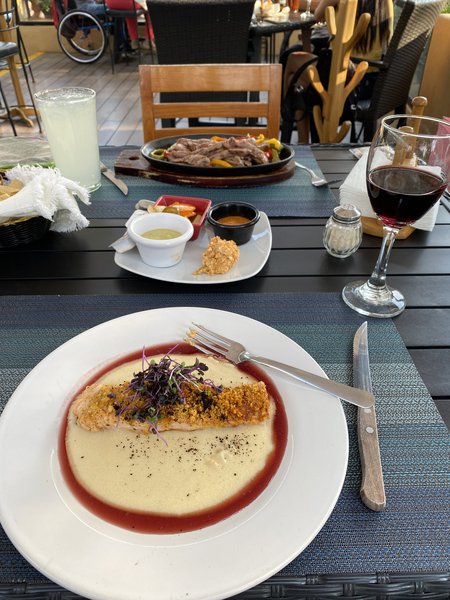 The view was great but the food didn't quite live up to the ambiance! I think this is the smallest piece of salmon I've ever received in a restaurant. It was in a thin pool of mashed potatoes with a tamarindo sauce around that. 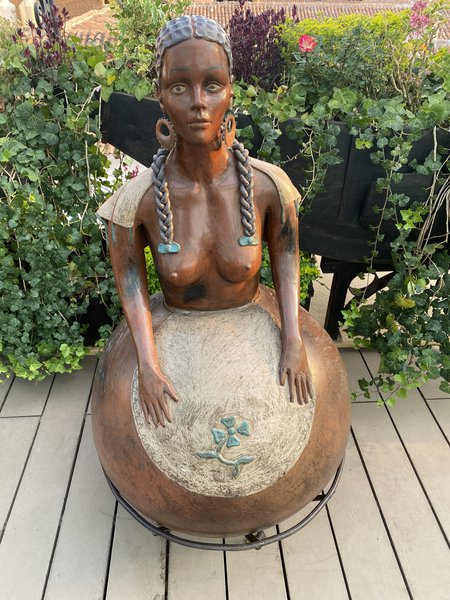 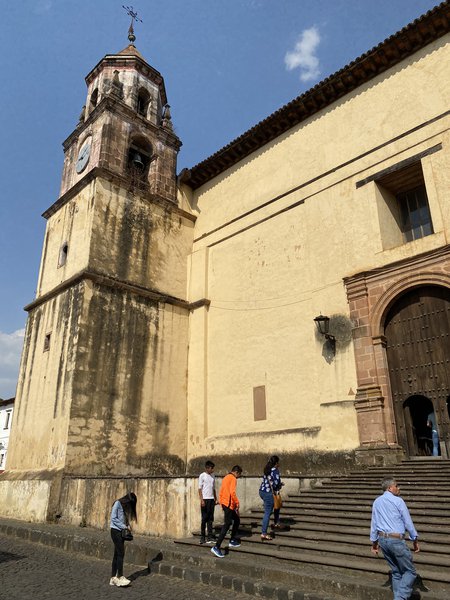 This is the small and older church. 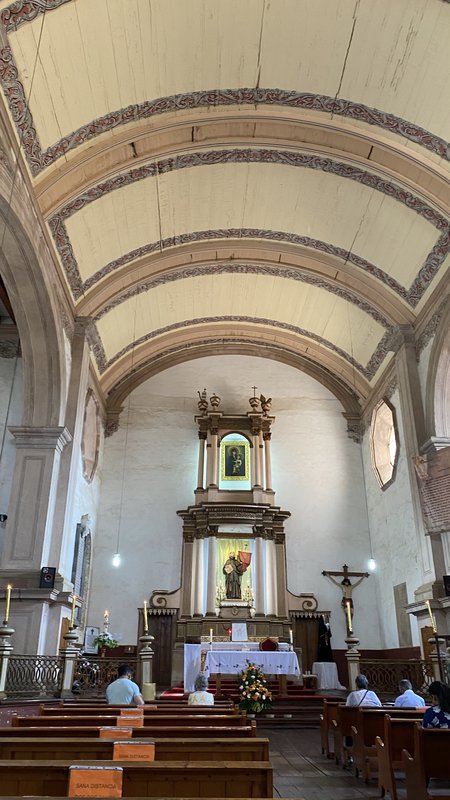 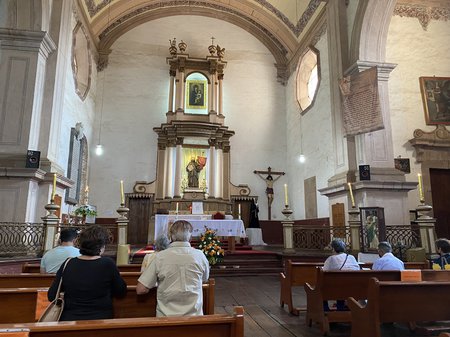 It is still very pretty though simple inside. 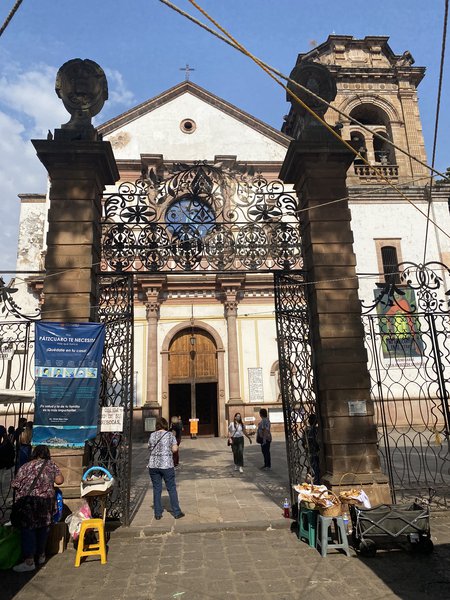 Basilica of Nuestra Señora de la Salud. It was built by Vasco de Quiroga over a pre-Hispanic ceremonial site to function as the Cathedral of Michoacán. 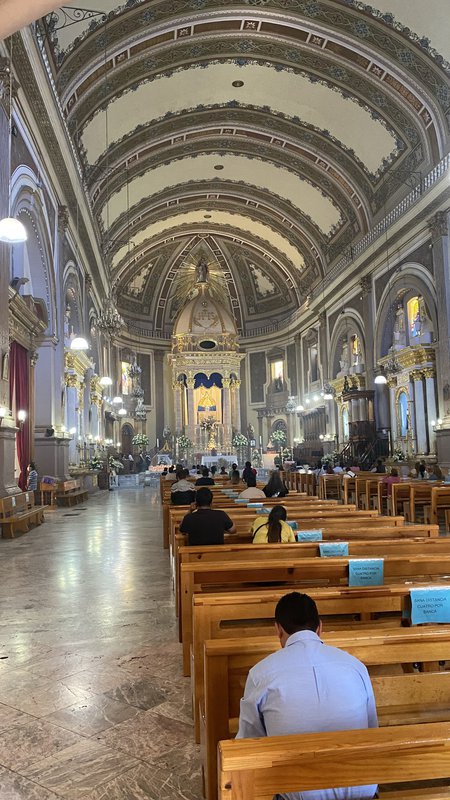 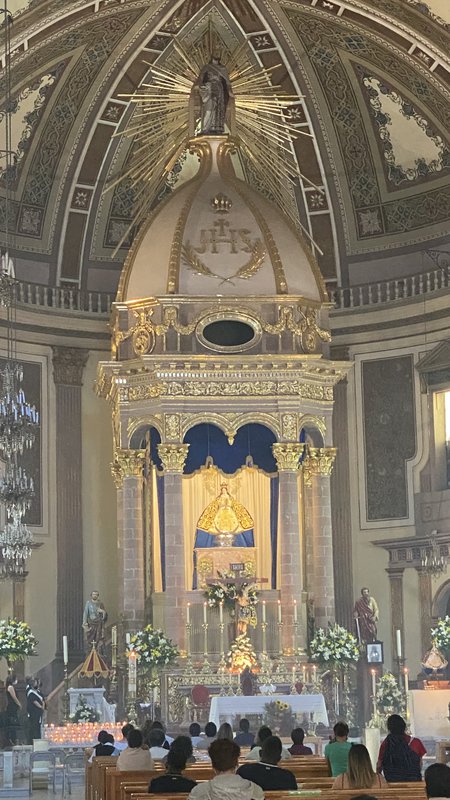 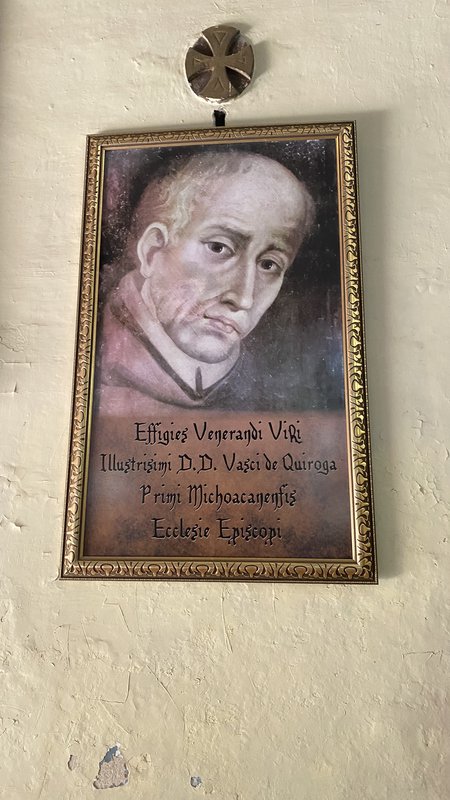 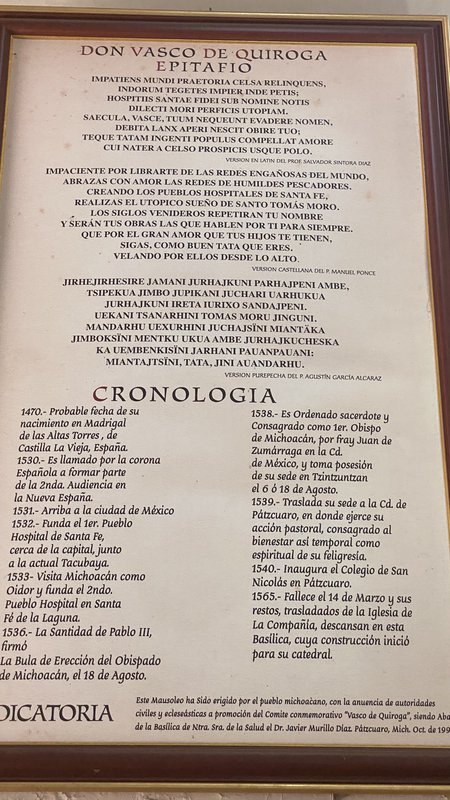