Spirits In The Shadows... Intriguing Ghosts Of Mexico

J. C. Romero is a semi-retired archaeologist living in Mexico. She spent many years working in Egypt where the ‘unexplainable’ inside tombs and temples was nearly an everyday occurrence. A few years ago she began collecting Mexican ghost stories to add to the Egyptian ghost stories she heard while working in that country.

As an author of historical novels, a book featuring Mexican ghosts is a different avenue for her to take. But as she often says, an archaeologist spends hours at ancient sites that were once inhabited by people who might unexpectedly return to the old ‘homestead’—adding a wee bit of excitement to a hot, dusty day in the desert.

Spirits In The Shadows...Intriguing Ghosts Of Mexico is a collection of ghost stories from various parts of Mexico. You will meet some of the ghosts who have enjoyed Mexico for centuries, and who will probably take pleasure in being talked about for many more centuries, whereas some of the ghosts entered the scene more recently. Hopefully you will enjoy the old as well as the more recent tales of supernatural beings known in Mexico as fantasmas--those entities that can cause one to avoid abandoned houses and darkly lit corners. 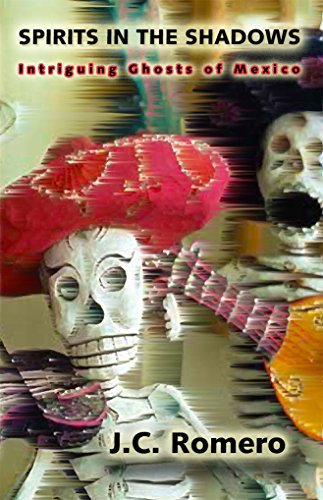