We have to start downsizing!

We realized that we needed to start winding down and downsizing in 2015. The lease was up in August 2015 on our large house where we had lived and worked for the past almost 6 years. We had to keep all of the café equipment, dishes, tables, chairs, etc. as long as we hosted the luncheons, so we had to finally call an end to them and begin preparing for our eventual move in August.

We were also planning a month long trip to the States in April, so after Sheryl's presentation in January we decided that had to be the last one. After that we began to have sales and began to purge down from living in a huge house. Our plan was to move into a one bedroom apartment, so we had a lot of downsizing to do!

In March, just as we were getting ready to leave on our trip, the local bakery that specializes in sourdough bread was opening up a new location. We approached Peter about purchasing our espresso machine. He went right to our house to look at it and purchased it on the spot! We were happy because this was the biggest ticket item that we needed to sell and not something that everyone needs and as you can see Peter was happy too! 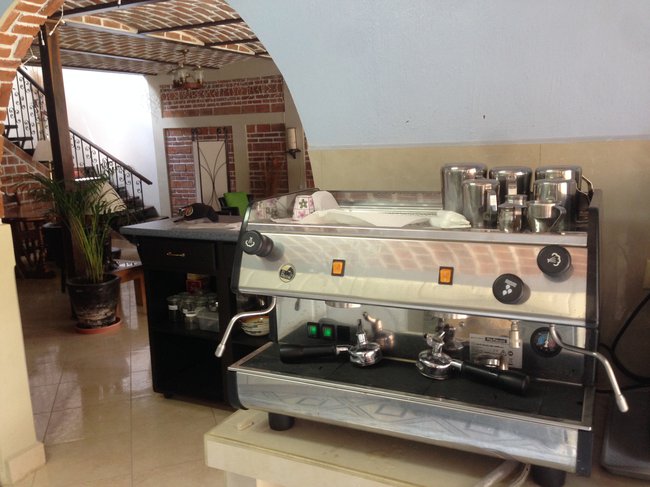 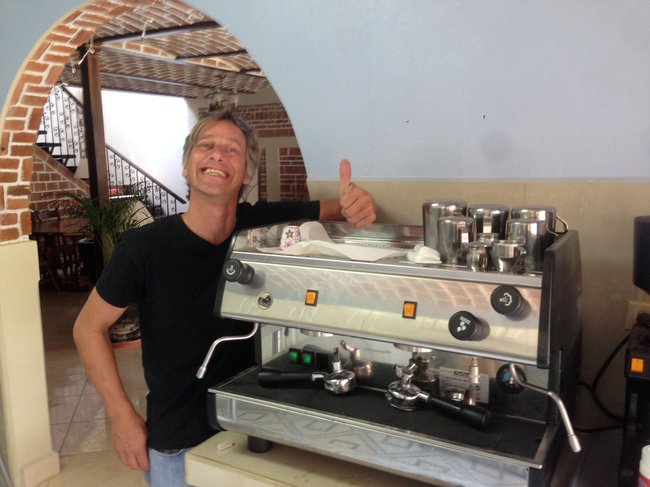