OasisCloud is the home of Duane and Mary Ann Hanes. We live in the Lake Chapala area of Mexico "Lakeside", which is near Guadalajara, Jalisco.

We operated the OasisCloud Café in our large home from August 2011 through December 2013. Operating the café was a great two and a half years for us, and we were able to meet many wonderful people during that time. Tax laws changed in Mexico on January 1, 2014, which caused us to re-think our plans for the future, and we decided not to re-open the café.

We continued to live in our large home for the next two years, but it was way too big for us after the café and so we moved to an apartment in the “Penthouse”. The “Penthouse” is what they refer to as an “independent living community”. There are 15 to 20 singles and couples that live here in various apartments on the large property. There are two wonderful meals provided each day. 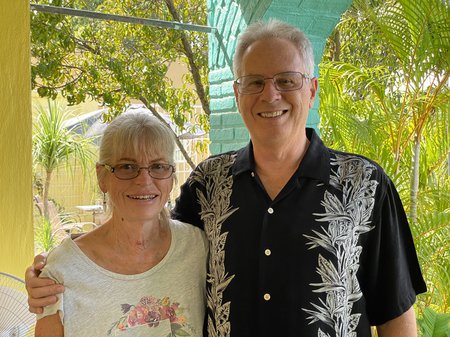 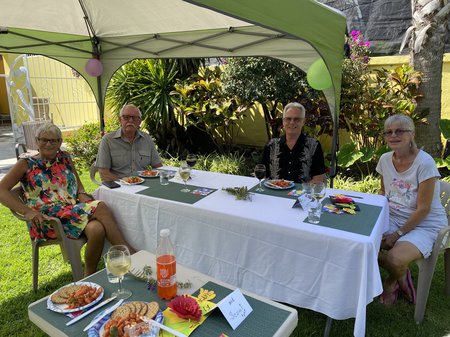 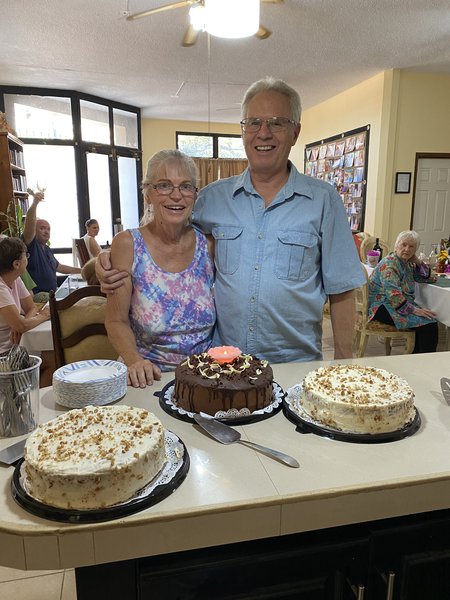 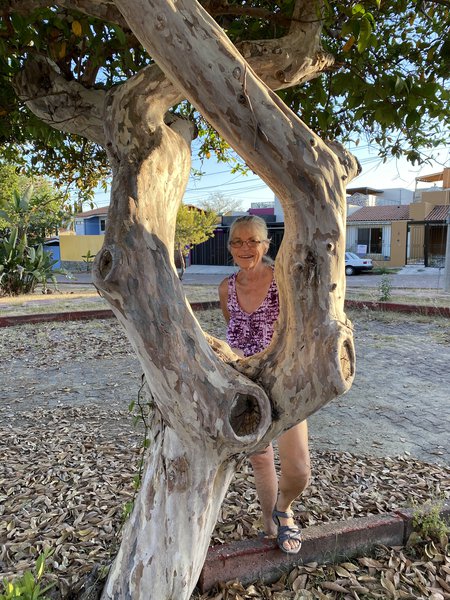 Mary Ann's favorite tree on our walk in the neighborhood. It's a guava tree. 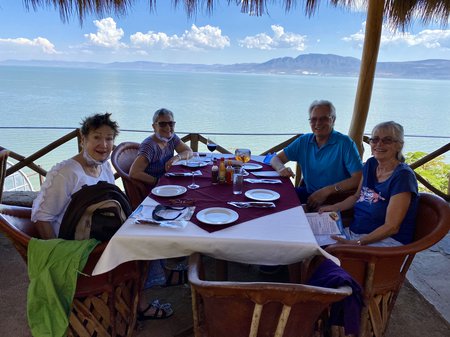 Lunch out with friends. This was in April 2021. and the first time we ventured out to a restaurant since the beginning of lockdowns. What a beautiful place we live in! 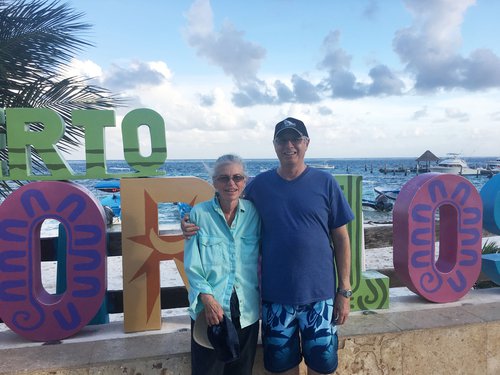 Quintana Roo is located on the eastern part of the Yucatán Peninsula and is bordered by the states of Campeche to the west and Yucatán to the northwest, and by the Orange Walk and Corozal districts of Belize, along with an offshore borderline with Belize District to the south. As Mexico's easternmost state, Quintana Roo has a coastline to the east with the Caribbean Sea and to the north with the Gulf of Mexico.

Our friends let us stay in their condo in Puerto Morelos for a week. 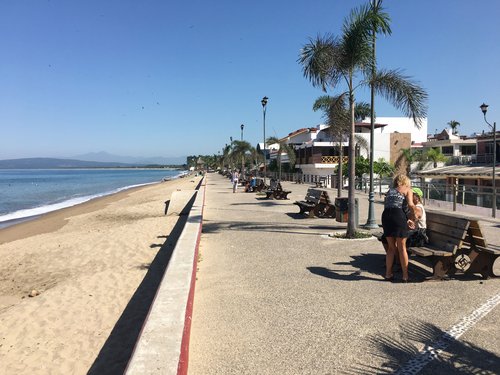 Thanksgiving at the beach is kind of a "tradition" in our area. Several travel agencies organize trips to various all inclusive hotels at various beach locations. We don't do this every year, but they are fun every now and then and this was our second trip. They provide a chartered bus to and and from the beach and 5 days at the hotel all for a very reasonable price (around $250 depending on the hotel. We went to Rincon de Guayabitos which is about an hour before Puerto Vallarta in 2017. 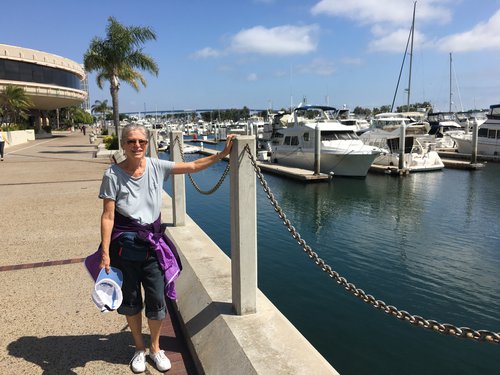 We flew from Guadalajara to Tijuana and then walked over the Express Crossing bridge to the US side where we rented a car and drove into San Diego. This was more of a business trip as Duane was meeting with a client about a project and Mimi needed to have some medical tests. But we did do a little bit of site seeing too. 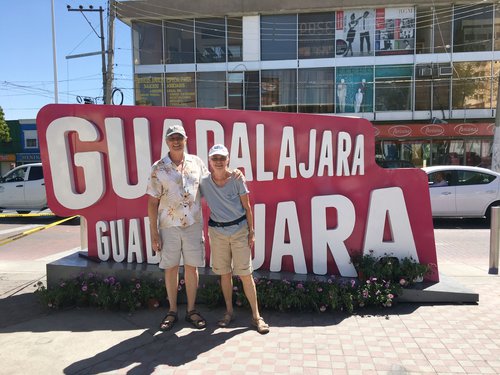 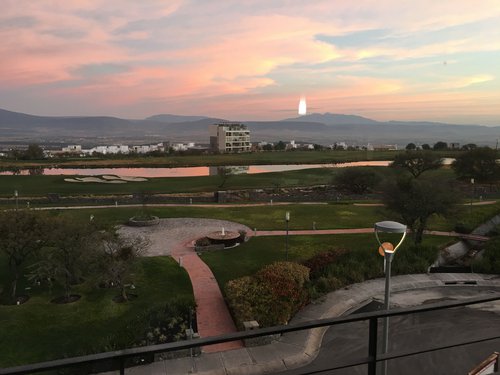 We rented an Airbnb condo for a week in Queretaro. It was actually a ways outside of Queretaro in this super "Coto" or "Fraccionamiento" area. We like Queretaro so much that after our week was up at the condo we rented a hotel right in Queretaro for another four days so that we could explore more. 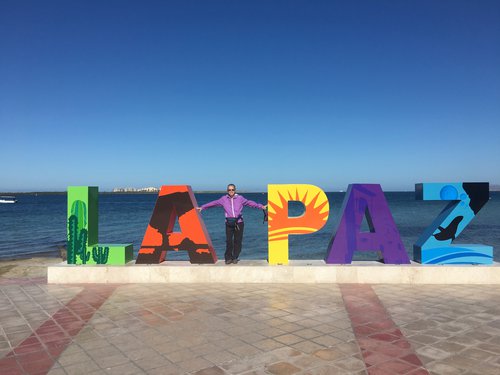 We flew from Guadalajara to La Paz a little before Christmas and spent a week there. We rented a car and so were able to explore the area. 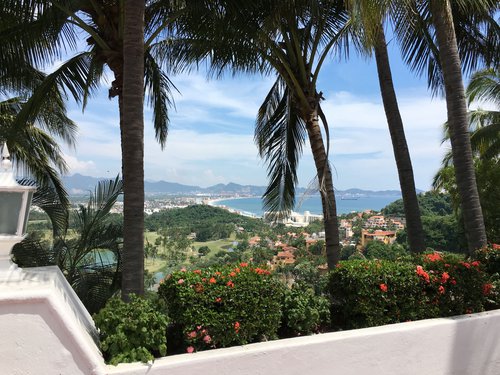 Some friends of our won a weeks stay at a Manzanillo condo, but weren't able to go for the whole week. We gladly took their place for the first few days and once they were able to come we rented a place at. a hotel nearby. So we had a. fun week in Manzanillo. 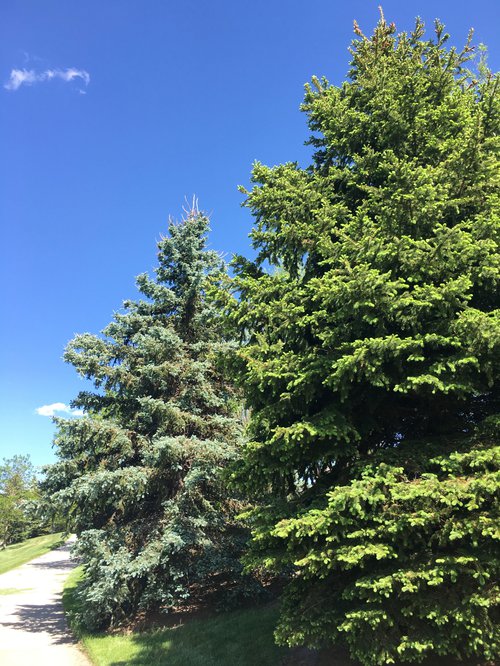 Mimi's niece Kathy and her husband Ted offered to host a Shead Family reunion at her home in Colorado Springs. We originally thought that we would fly up to Colorado, but then an RV deal popped up with final delivery in Denver and the dates coincided with the reunion to give us a week before to travel in the Colorado mountains and then attend the reunion.